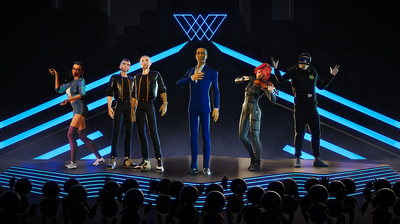 The New Reality for Concerts in COVID: Virtual Reality?

Jean-Michel Jarre thought livestreamed concerts were missing something. So he added virtual drugs. The French electronic music pioneer and former CISAC president has been one of the biggest champions of virtual-reality concerts — a concept that’s seeing a noticeable bump as coronavirus continues to stall the comeback of live music. 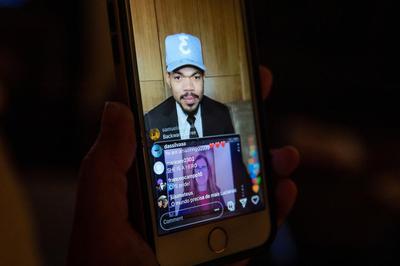 Without Concerts, Artists Are Turning to Ice Cream Deals and Sponsored Livestreams

As concerts and tours — which are many artists’ largest revenue stream — stay on hold, digital brand-marketing partnerships for musicians are skyrocketing, reps from several major talent agencies tell Rolling Stone. With stars staying inside, they’ve had more time to devote to partnership ideas, from for-profit brand deals to charity initiatives responding to COVID or the police killing of George Floyd. 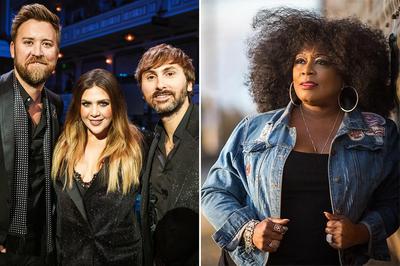 Lady Antebellum Is Now 'Lady A.' But So Is a Blues Singer Who's Used the Name for 20 Years

Seattle blues singer Lady A had just gotten off of work on Thursday when a bombardment of phone messages from friends, fans and producers came in all shouting the same thing: Her name had been stolen. Earlier that day, Grammy-winning country trio Lady Antebellum announced they were changing their name to Lady A in light of a heightened national conversation about racism. But according to Seattle’s Lady A, neither the band nor any members of their team reached out to her before making the change. 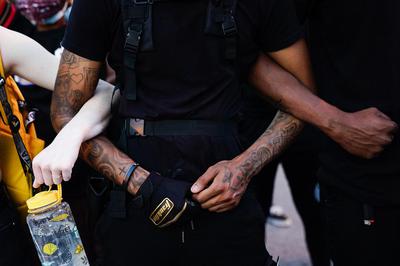 The Music Business Is Holding a 'Blackout.' But No One Seems to Know What That Means

As protesters and industries react to the killing of George Floyd and other black victims of police brutality, artists, executives, and companies from across the music business will participate in a day of silent protest on Tuesday — though a lack of clear messaging from the major labels makes its meaning open for interpretation. 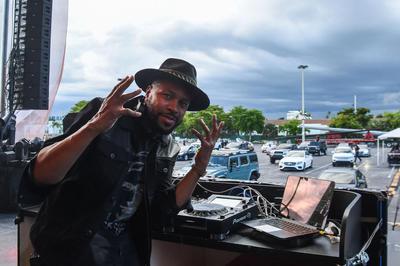 Drive-in Concerts Are the Latest Test for Concert Promoters. But Will They Last?

For the first time since the pandemic sidelined live music in the U.S. in March, veteran DJ D-Nice finally had the chance to play an in-person live gig. D-Nice, flew out to Hallandale Beach, Florida and played a free set for first responders at the Drive-infieldFest, established after the Preakness InfieldFest in Baltimore, Maryland was canceled. But rather than perform for a sea of fans clamored shoulder to shoulder, he spun a set for a couple hundred cars spread out at the Gulfstream Park race track’s parking lot outside. 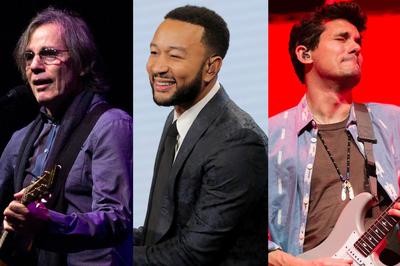 Throughout the safer-at-home order, hundreds of actors, musicians and the most powerful insiders in show business have been spending their socially distanced weekends on Quarantunes, one of the most exclusive A-list parties on Zoom. 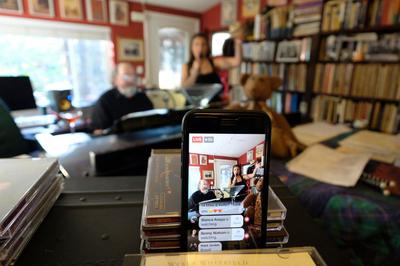 'This Is a Whole New World': Record Labels Are Designing Marketing Strategies From Scratch

Since the pandemic began, every record labels’ marketing team has been throwing around the same buzzword phrase: “getting creative.” 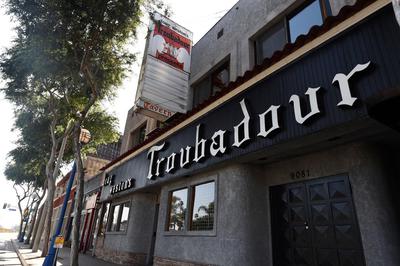 Owner of Famed L.A. Venue The Troubadour: 'Are We Going to Be a Footnote in History?'

West Hollywood music venue The Troubadour has long been one of the most storied venues in popular music. While the venue has fared well in recent years, regularly hosting special shows for the likes of Billie Eilish and the Black Crowes, it's never faced a greater threat to its existence due to the COVID-19 pandemic. 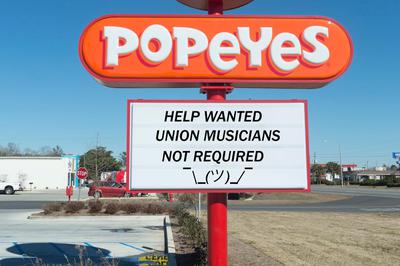 Popeye’s — yes, the fried chicken company — is raising some eyebrows in the music industry this week through a new jingle campaign that musicians unions say is exploitive. 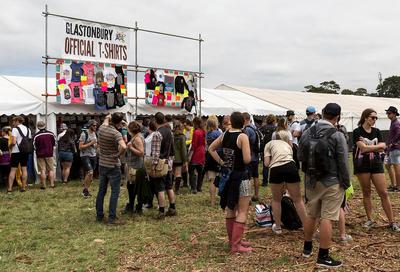 How Do You Sell Concert Tees Without Concerts? Merch Companies Are Up Against a Wall

For years, Chris Cornell — the CEO of Manhead Merch — considered his industry to be recession-proof. But when COVID-19 struck and shuttered concerts, Cornell found his company abruptly stripped 70 percent of its usual revenue stream. “Even when the economy’s in the shitter, people still go to concerts and they still buy merchandise,” he says. “I was thinking this is a bulletproof business. But this has smacked everyone in the head.” 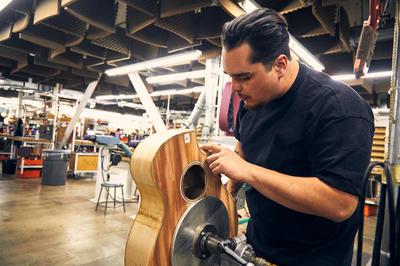 An Instrument Maker Is Building Guitars Out of Highway Trees

Your next luxury guitar may not be made of treasured mahogany from the forests in Guatemala, nor from the long-revered rosewood of India — but from the lumber of a tree off the side of a Los Angeles highway. 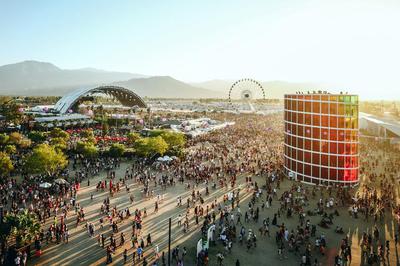 According to several medical professionals contacted by Rolling Stone, the idea of concerts returning this fall could be, at best, unrealistic and, at worst, dangerous and irresponsible. 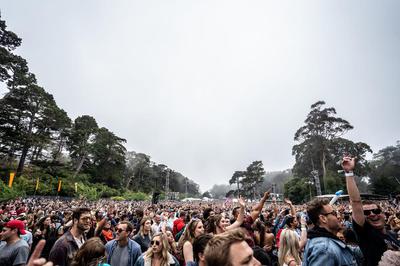 How 100 Live Events Companies Banded Together to Become Pandemic Responders

When the COVID-19 pandemic first struck the live events industry and put all concerts, sports games, and other mass gatherings out of action, three production companies got together to figure out ways they could spend the downtime helping healthcare workers. Their efforts have quickly evolved into a nationwide coalition of thousands of event workers supplying essential supplies. 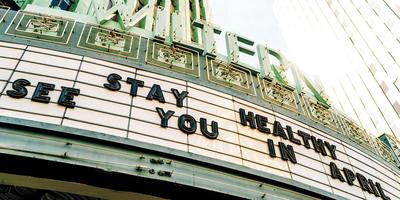 The Week the Music Stopped

In the first week of March, the novel coronavirus was not yet a pandemic halting the entire world in its tracks, but concerts across Europe and Asia had all but ceased, a number of upcoming festivals outside the U.S. had been canceled, and nearly 100 cases of the virus had been confirmed in the U.S., including in California. Then came a rash of new reported cases and revelations that the virus had already been spreading through American communities, undetected by nearly nonexistent testing, for weeks. 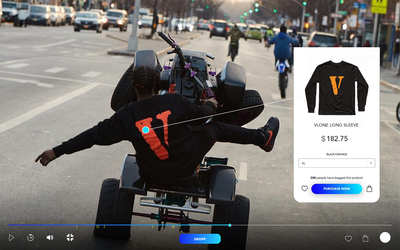 Ever coveted the clothes featured in a music video? A new startup called DroppTV wants to sell them directly to you. 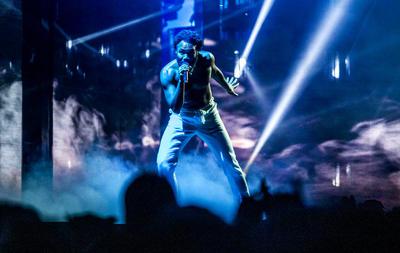 With the live music business shuttered for an indefinite period due to the COVID-19 pandemic, industry figures are increasingly wondering if small live promoters can weather the storm. Gregg Perloff, CEO of Another Planet Entertainment — which puts on festivals like Outside Lands, presents shows at the Chase Center, and calls itself the largest independent concert promoter in the country — resents such speculation. 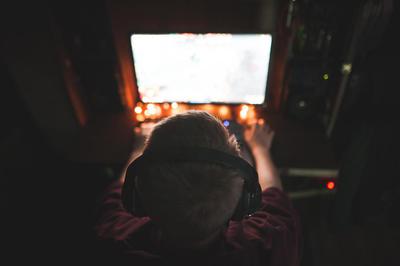 How a Digital Music Festival Without Major Headliners Made $100,000

Live From Out There — a subscription-based digital music festival — didn’t have superstars on the bill for its first weekend near the end of March. There were no special discount codes, no merchandise bundles, no particular gimmicks to draw attendees in. It still raked in $100,000 in one weekend. 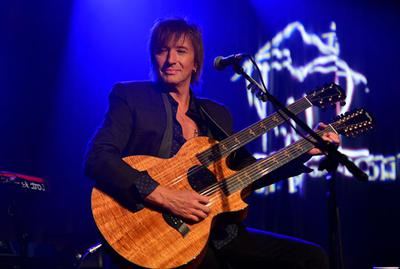 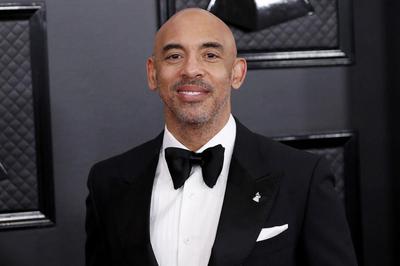 The COVID-19 pandemic has caused one of the biggest crises the music industry has seen in decades. As the pandemic expands, artists are delaying their album releases, streaming is down, and the live sector has shut down, putting tens of thousands of mostly freelance workers in potential dire straits. 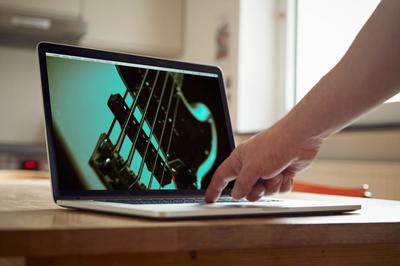 Coronavirus Is Giving Livestreaming the Chance to Prove Itself

It’s taken some time — and the unfortunate circumstance of a pandemic — but concert livestreaming could finally be having its moment. Amid major festival cancellations and hundreds of tours and concerts getting the chopping block due to COVID-19, artists and their teams are scrambling for new ways forward; and because waiting isn’t much of an option for those who need the income or can’t afford to cancel, the fledgling livestreaming industry is finding itself in the spotlight.
Load More Articles
Close ✕